They call themselves the National United Front for Democracy against Dictatorship. Other people call them Red Shirts. They are the Thai Rouge, using all kinds of undemocratic means, including killing, throwing bombs, storming a hospital, occupying a large portion of downtown Bangkok and thereby forcing tens of thousands of people out of their jobs, to fight against a legally elected government. A bizarre situation indeed. Do they have democratic ambitions? Probably not. It’s a struggle for power, influence and not least about money.

Upcountry, they don’t even allow those with opinions differing from their own speak. In Bangkok, they demand that only their voice be heard. It’s a paradox that their fugitive leader, Mr. Thaksin, refused to pay tax when he sold his telecom conglomerate for 70+ Billion Baht, and that this is accepted by his supporters. But there are many paradoxes in Thailand. 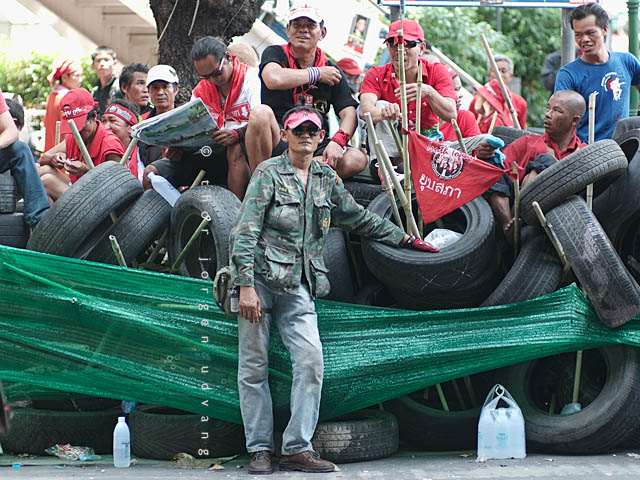